Are you using your phone a lot? Do you constantly run out of charge and have nowhere to charge it until you get home? Well, whatever your battery-life issue or situation is, this cool gadget will solve the problem.

The Belkin BoostUp Charger is a portable charger with 2 USB ports as output, a USB Type-C port as input and a USB Type-A port as input and output. This cool gadget has a 10,000 mAh charge capacity which is more than enough to suit the needs of the majority of people in their everyday lives. This portable charger also comes with a USB Type-C cable to charge the Belkin BoostUp Charger. The box that this charger comes in claims that it can add 36 hours of charge to your phone or other devices.

I chose this charger due to the fact that it had a clean look and the fact that Belkin is a quality brand in the technology industry. I have had this charger for a few months now had the charger has not gone down in durability of quality. It still charges my devices with the same efficiency and still takes the same amount of time to charge itself. It doesn’t take too long to charge itself but I would recommend charging it at night so it can last you all day.

During the day this cool gadget doesn’t seem to run out of charge quickly even when charging two devices. The USB Type-C cable that the Belkin BoostUp Charger comes with is very useful on its own but it is especially useful if you have forgotten to charge your portable charger at night and you have a wall charger. If you have forgotten to do that, you simply take your wall charger to wherever you are going, stick in the USB Type-C cable and charge your portable charger for the day. It is also fine if you have a normal USB port so you can stick in the USB Type-C to charge the cool gadget too.

It is important for me to charge the Belkin BoostUp Charger so that when I leave places where I can charge my phone or other devices without a charger such as a car or my house, I will have the portable charger with me. The best things that separate this cool gadget from just charging at home or in the car is that this gadget has 2 USB ports for charging. If you were to charge at home, you would need 2 wall chargers and 2 USB cables and obviously, you would not be able to charge it during the day unless you are in your house or in your car which is another thing that separates this cool gadget from just charging at home.

All considered, the Belkin BoostUp Charger has a good build quality, charging capability and comes with a very handy charger. It has two USB ports for charging devices and two smaller USB Ports (Type-A and Type C) for charging its self (the USB Type-A port can also charge devices).

It comes at the price of $40 which is relatively similar compared to other chargers with a 10,000 mAh charging capacity. It may even be slightly cheaper but with the same quality and better capabilities.

Click here for cool gadgets recommended by The Lazy Society! 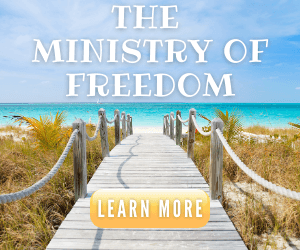